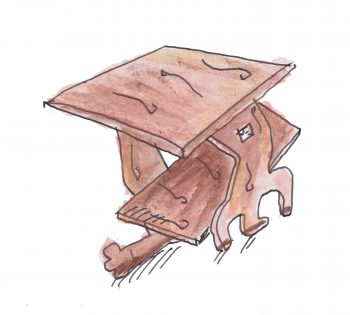 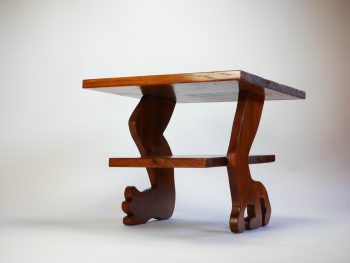 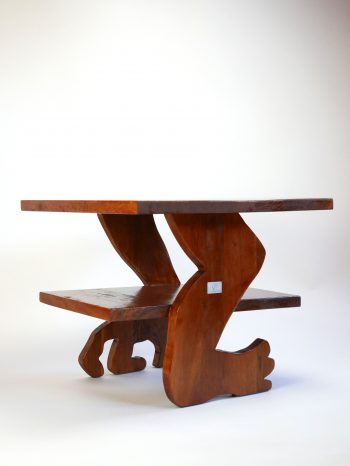 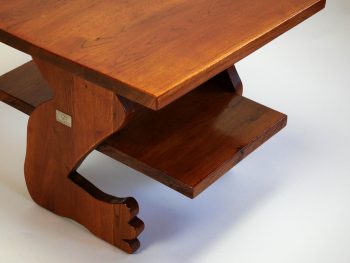 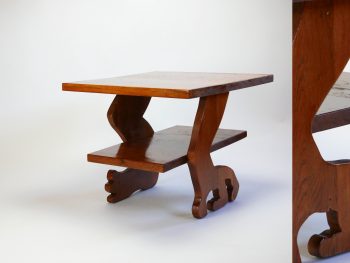 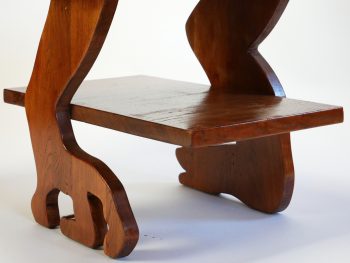 Koen Van Eeckhoutte can be a forgetful man. In one tale, he forgot to get his old friend, Mr. Cromme, presents for his forthcoming 21st birthday. In the matter of a last minute hurry, Koen choose to grant his friend something which was yet to exist, making it an easy last minute gift. He gave Mr. Cromme the gift of true originality connected to all his works: the certificate of authenticity. This time, the name and date were left out, for the table wasn’t born into existence yet.
With ink, as letters in stone, Koen’s signature was scorned onto the certificate, creating an inevitable bond of due payment. A spell was cast wherein Mr. Cromme proclaimed the forthcoming of his masterpiece would only take place once he moved to a larger residence.
And so, time passed. But the times, like all things, slip away. And suddenly there he stood, pondering on what to make for his dear friend.
Mr. Cromme is a writer’s man, and asked Koen to gift him something connected to his powers of poetry. Spiritual as can be, Koen creates a subconscious level of attachment between Mr. Cromme and his table; CROM. In his philosophy, Koen creates a belief system of connectivity by enlightening Mr. Cromme on the table’s one purpose; to have the perfect script be written on it. He amplifies this thought by writing a story on CROM on paper, and burning that story in a bowl on the same place as it was written. The table’s affection with creation and destruction, in this burned story on paper, creates a symbolic connection between story-writing, creation, and its opposite balancer. This bond, believable or not, results, when aware of the ritual and meaning, in an undeniable connection. In its simplest form this would be: “oh hey, the first thing that table did was have a story written on it”. Koen Van Eeckhoutte believes even the most light-weighted forms of awareness have impact on the eventual user’s potential.